Take no part in the unfruitful works of darkness, but instead expose them.
— Ephesians 5:11

God is so much better to us than we deserve. For the past fifty years, baby murder has been considered legal in the United States by decree of the Supreme Court. For the vast majority of that time, most Americans—both pro-life and pro-abortion—have understood that the thing in the womb being terminated is a unique human life. Nevertheless, over the past five decades, upwards of 60 million babies have been killed in our nation. And somehow, even for most conservative, pro-life Americans, it takes a gruesome atrocity to re-invigorate any semblance of a robust opposition to abortion. 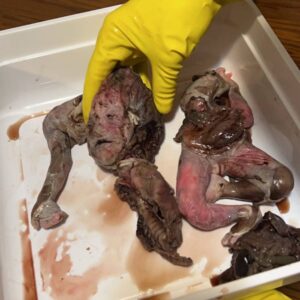 The latest example of such an atrocity is the recent revelation of five murdered babies in Washington, D.C. Most of these little ones appear to have been in at least the late second trimester, and one seems to have reached full-term and killed by a partial-birth abortion. The images of these children are shocking and horrifying—there is no mistaking these human babies for anything else than children made in God’s image.

Now, it is true that something like this merely exposes the brutality and wickedness of every abortion; all 60 million abortions performed in our country are murders, and all will receive just retribution from God. However, it is also true that some sins are more brazenly egregious than others.

As the Westminster Larger Catechism explains: “All transgressions of the law of God are not equally heinous; but some sins in themselves, by reason of several aggravations, are more heinous in the sight of God than others” (Westminster Larger Catechism, 150). The catechism goes on to explain some of what makes certain sins more offensive: “if against means, mercies, judgments, light of nature, conviction of conscience… if done deliberately, willfully, presumptuously, impudently, boastingly, maliciously, frequently, obstinately, with delight, continuance, or relapsing after repentance” (Westminster Larger Catechism, 151). The moral outrage, therefore, which follows after such revelations as these bodies in Washington is appropriate—conscience and nature alike testify to the particular evil of these abortions.

Although there is not a difference in kind between a six-week abortion and one of thirty-six weeks, there is a difference in degree. A mother, father, and abortionist who conspire to kill a six-week-old preborn child are guilty of sin and ought to be held accountable; however, the sheer brazenness and disregard for the plain light of nature that is necessary to obtain and perform an abortion at such a point where the child is unmistakably a human baby is sin on a higher level.

As counterintuitive as it may seem, it is actually a gracious reality on God’s part to allow us to see these kinds of murders take place. When images such as those of the children murdered in D.C. are made public—when the brutality of abortion is seen in such a horrifying manner—it serves to shine a light upon the evil of sin. It exposes the works typically done in darkness and allows all to see that these very crimes against humanity are committed in our nation every single day by the thousands. While it is extremely natural for Christians to see these images and lament as we point the accusing finger at our depraved and deranged culture, we ought rather to be reminded that judgment begins at the household of God. The failure of the American church ought to be our first conviction.

Sadly, this is not the first-time atrocities such as these have been uncovered; the past decade alone has yielded several examples. In 2011, former Philadelphia abortionist Kermit Gosnell was exposed for performing illegal partial-birth abortions on near full-term babies—not unlike what appears to have been perpetrated against the children in D.C. In 2015, Project Veritas exposed Planned Parenthood for its illicit sale of tissue from aborted children. And in 2019, the state of New York enshrined into law the Reproductive Health Act, allowing for legal abortion essentially until the moment of birth.

What followed each of these revelations from both Christians and conservatives was indignation, a renewed rallying cry, and a momentary national spotlight. Yet in each of those instances, the energy was short-lived, and with this latest outrage as well, it seems the renewed interest of many Christians is already beginning to wane.

With respect to abortion, the American church is reminiscent of Pharaoh. From time to time, God will provocatively confront us with the base wickedness of abortion, and when He does, we cry out, lament, pledge more action, greater vigor, and deeper resolve to “rescue those who are being taken away to death” (Proverbs 24:11)—only to quickly harden our hearts and return to the seductions of our comfortable Christian lives. We fall back into our typical routines and forget about the horribly unjust brutality happening right outside our doors. The church’s lack of sustained commitment to the cause of the fatherless is not only a profound moral failure but is extremely consequential in our national conversation. 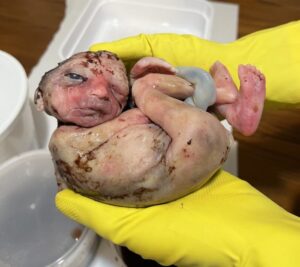 Consider how over the past year, two issues have gone from being relatively unknown to becoming perhaps the most important conservative talking points: Critical Race Theory and transgender ideology, and particularly the discussion of these concepts with children. The national conversation surrounds these issues, with parents and politicians alike speaking out en masse against them—and as a result, bold policy is being implemented. While these issues are certainly essential and worthy of the attention they receive, it is telling that social issues such as these are becoming, for the Right, rallying cries and winning issues, while abortion remains a second or even third-tier concern.

The transgender issue itself is broadly perceived as being important enough that any compromise on the matter is deemed as disqualifying for conservative politicians. Yet compromise regarding abortion is not only acceptable—it is political orthodoxy. What this helps to reveal is that abortion, in addition to being the sacrament of the Left, is the guilty indulgence of many on the Right.

Abortion provides cover for sexual immorality—the great national idolatry that is practiced by both sides of the political aisle. Abortion is the blood sacrifice designed to atone for the sin of sexual immorality. This is one reason why, although incremental regulation of abortion remains a standard Republican issue, a consistent approach that acknowledges abortion for what it is—namely, murder—is not even a part of the mainstream conversation. The full criminalization of abortion would command broad, genuine repentance of sexual immorality, and this is simply a vice which our culture—conservative and liberal alike—is not willing to turn away from. Thus, there will continue to be tepid half-measures taken against abortion and virtue-signaling bills which accomplish little, even as far too many Christians are willing to continue along with this inaction.

However, this most recent horror show reminds Christians that abortion is not a morally complicated issue. While political complexity is a legitimate factor, there is only one policy option that is truly moral and consistent: full criminalization. And this is what Christians must demand. Christians must apply all the pressure we can to require justice for all the preborn—and not just those who survive the first trimester, or can feel pain, or have a detectable heartbeat. All, from conception, are image-bearers of God and are therefore owed justice, and Christians ought not embrace, endorse, or celebrate any legislation which does not act in accordance with this fact. 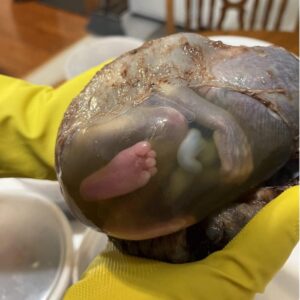 A further issue that this case in Washington sheds light upon is the perversity of our nation’s justice system. It is telling that the FBI is indicting the pro-life activists who exposed this infanticide, while the D.C. police coolly claim that there doesn’t appear to be anything illegal done to those babies. This is a case in point that man is ultimately incapable of establishing justice if he begins from any foundation apart from the word of God. The church ought to be the conscience of the state—holding our magistrates accountable to the Lordship of Christ, and constantly reminding them that they are required to rule in accordance with the law of God. When we support laws that are fundamentally unjust, we gravely compromise this role.

Christians must take care that this latest atrocity does not quickly fade into ancient history, as so many others have. Let this be the moment of lasting repentance. We must be devoted to serious intercessory prayer against abortion, instead of the obligatory, half-hearted utterance that allows us to check abortion off of our prayer list. We must not avert our eyes from the brutal reality of this barbaric sin, but we must see it for what it is, cry out to God, and ask forgiveness for allowing this to go on and on.

And Christians must flex whatever political might we have been given by God to demand true justice—in submission to the Word of God, and for the honor of Christ the King.

Luke is an elder at Redeemer Church of South Hills in Pittsburgh where he lives with his wife and twin sons.